Gigswap will be an internet-based service for musicians to connect with other bands and artists to exchange gigs between the bands. This will make it easier to book gigs in your country or the world.

For decades, bands and artists have exchanged gigs manually. We are about to  organize it for you, and this is how:

If your band (1) is based, (for example) in London and you want to play in Paris. Through Gigswap, you can find a band (2) within your genre and size in Paris that wants to play in London.

By doing this you will get more gigs, broaden your network and play for a completely new audience.

The bands and artists organize dates, travel, accommodation and economy between themselves.

In addition when we get there:

With the concept “Gigswap friendly” venues, it will help bands to fill in more dates for bands and artists in the area they are touring. The venues can also search bands for live performances.

GET IN TOUCH
Go to "updates" 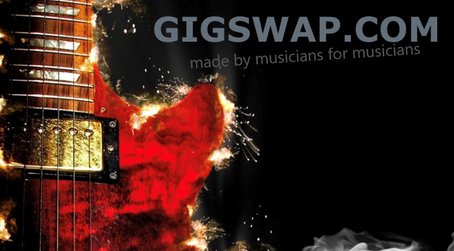